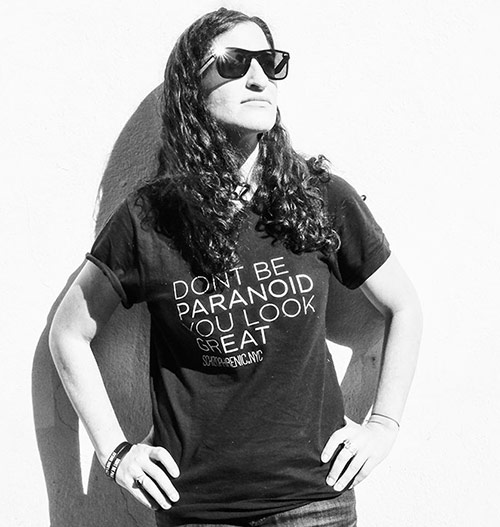 Michelle Hammer is a Schizophrenia Activist and created and founded the company Schizophrenic.NYC. She is an NYC native and was featured in the WebMD documentary Voices, which was nominated for a Tribeca X Award at the Tribeca Film Festival 2018. Michelle has also been featured in Mashable, The Daily Mail, Stylist, and Buzzfeed to name a few. Michelle was diagnosed with Schizophrenia at 22, after a misdiagnosis of Bipolar at age 18. At 27, Michelle decided to use her artistic talents, and fearless personality to do something that could benefit the mental health community. In May 2015, she founded the company Schizophrenic.NYC, which is a clothing brand with the mission of reducing stigma by starting conversations about mental health.

Michelle speaks about her first experiences with paranoia and refusing help. When Michelle finally does reach out for help she is first misdiagnosed with Bipolar Disorder. If it weren’t for her great college friends or the lacrosse team acting as a support network she feels she never would have survived college. When Michelle is diagnosed with Schizophrenia at age 22 things get better, because now she is being treated for the right illness. Why did she start Schizophrenic.NYC? Book her to find out! 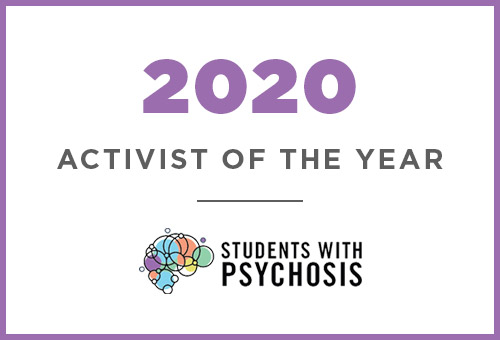 Michelle’s courageous work to educate professionals, the public, and diagnosed individuals, eliminating stigma/discrimination, advocating for access to treatment and dignity for people living with schizophrenia-related brain illnesses while maintaining her personal recovery journey is powerfully extraordinary and inspiring.

Students With Psychosis applauds and recognizes Michelle’s exemplary efforts by awarding you their most prestigious recognition.

A BIPOLAR, A SCHIZOPHRENIC, AND A PODCAST 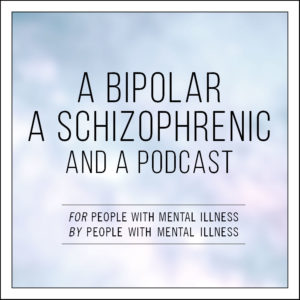