“I cried and cried.” – The Journey of Clayton Paz

School was not helpful.
My anxiety got so bad, that it sent me into a depression.

I tried killing myself twice.

I got a therapist but my therapist made a mistake to take me to the hospital where my dad was (self exposing therapy).
That same day I tried to kill myself the third time.
I was admitted to a Mental Hospital for a month.

I cried and cried.

I continuously told my parents I wasn’t “crazy.”
I was told that Mental Hospitals are not for “crazy” people.
Which is true.
I was taking Prozac in the hospital.
I learned so much about life that month.
My perspective of life changed.

I felt as if a weight was lifted from my life.

Fast forward to the end of the month, I was out and I still needed to take Prozac for a year.
I still wasn’t ready for school, so I was homeschooled for a year and a half.
That year and a half I developed OCD.
OCD was something that would distract me from overthinking.
I was put on some medicine to calm me down, which I think I didn’t need since I was taking Prozac.
My OCD wasn’t as bad as my depression and anxiety.
I used my OCD as a coping skill and I also started to play guitar as well.
I went back to school 2014 (second semester of sophomore year ).

I was Prozac free.

Since then I’ve used my past experience as an advantage.
I am a A+ – B+ student and I’ve been playing guitar for 2 years now.

I hope my story motivates you to make a change not just for yourself but for others.

Schizophrenic.NYC has impacted so many people in a positive way.
Thank you for letting us tell our stories and for supporting Mental Health Awareness.
– Clayton Paz 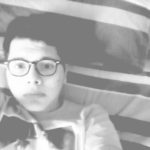