To all the readers reading my article, I’d like to begin by personally thanking each one of you for taking the time out to read my article. I want to share a small secret with you, one that may not come as a surprise to you but the one that people are ashamed to talk about. I am not talking about a scandal or something related to politics. I am talking about a truth which nobody wants to talk or is considered as a taboo to even talk about in the first place given the society we live in, truth being that we are not ready to accept the fact that some of the people who walk amongst us, be it your uncle, aunt, friend, teacher etc. is suffering from a mental illness.

Every person goes through some or the other problem, it’s normal.

Every person goes through some or the other problem, it’s normal. Some or the other time every person has to face some sort of an obstacle, be it big or small. What we don’t know is that the people suffering from any kind of Mental Illness have to face obstacles every single day and not all can or have the strength to recover from it. These are the ones who are termed as “Crazy” or “Psycho”. The sad reality in today’s time is that people suffering from a mental illness are not considered to be as real people. They are seen as the embodiment of their own conditions. No one would ever say that someone with a broken arm or a broken leg is less than a whole person, then why is someone who suffers from a mental disorder treated differently?

Being a Mental Health Advocate, I have always, if not big; tried to make at least a tiny bit difference in the society we live by changing the perception towards mental health. Our mission collectively has been able to prove the fact that a person’s mental health is equally important as his/hers’ physical health.

Fear of being judged.

My journey as a Mental Health Advocate began after interning with an organization aimed at bettering the lives of those suffering from autism and those who are mentally challenged by providing them with education and jobs. I went on to publish an article “Canvassing Mental Health: Depression”. As a Mental Health Advocate, I receive over 25+ messages every single day from people all over the world. Research shows that a person suffering from even the smallest of problems would prefer opening to a stranger because of fear of being judged.

The society I live in will stigmatize me as a violent individual based on my actions.

In conversation with one, on being asked “What is it like to suffer from Depression?” He responded “I feel like I am losing control over myself. I truly do not know who I am because Depression has completely taken over me and my emotions. It has been constantly been lying to me that I am absolutely worthless. I do not know whether whatever I do is my personality or this is my depression. To top all these oppressive feelings, if I were to ever reveal that I am suffering from depression, the society I live in will stigmatize me as a violent individual based on my actions. I do not see if there is any hope for recovery in the near future.”

While in conversation with another, she said “At first, I ignored my mother’s illness as nothing but mere craziness. One time, my mother hallucinated that she was working as a maid for one of Christ’s apostles. During her crippling depression my mum could not lift herself for weeks from the bed. Even though her physical reality didn’t really match my own, it was too naïve to ignore the fact that there are human beings behind these diseases and that their illnesses don’t really encapsulate their personalities.”

Try speaking to someone you trust

One of the most common advice any Mental Health Advocate gives is “Try speaking to someone you trust, be it your sister, brother, parents, friends or anybody else about how and what exactly are you feeling.” The truth is if a person suffering tries opening up to you and you dismiss it as being nothing but crazy, then how are they supposed to start a dialogue in the very first place?

As a human being the one thing we need to understand is that the thoughts and worries we all experience are real and important regardless of whether the situation conforms to others’ idea of mental health and as a member of the society we live in, we need to begin empathizing, supporting and loving those suffering and are in dire need of it. This can be in form of a post on social media or a conversation with a loved one.

The only way we can begin to move forward is by accepting our current state.

The only way we can begin to move forward is by accepting our current state. It is high time we come to a realization that there is absolutely nothing to be ashamed when it comes to talking about mental health which means we need to end the stigma and open the doors. Lastly, we need to learn to speak up, speak out, be heard, show love and listen well. 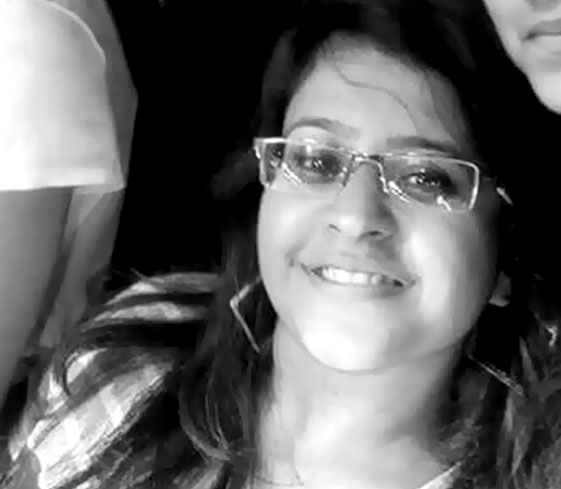 Ayesha Mehta Schizophrenic.NYC – Guest Blogger
Ayesha Mehta is a Mental Health Advocate and Blogger from India and is currently pursuing a dual degree in Law and Bachelor of Business Administration from a renowned Law School. Ayesha hails from the city of Jodhpur, Rajasthan, India and has been brought up in the city of Mumbai, India. Ayesha completed her school from Villa Theresa High School, Mumbai and High School from Jai Hind College, Mumbai.

Ayesha has published numerous articles in the past and is presently associated with over 30+ different websites and organizations as a writer and consultant on Mental Health. Ayesha aims to change the society’s perception towards the mentally ill in the near future and continue to work towards ending the stigma related to mental health.