I knew that I was weird – Guest Blog

I knew that I was weird – by Breyanna Wilson

All my life, I have been the kid on the outskirts. I was quiet and it was hard for me to maintain friendships. It also didn’t help that I moved a lot. You could say, that moving prevented me from learning how to make strong relationships. However besides that, myself and others saw me as ordinary. I went to school, I talked to people, and I hung out with what few friends I had. I was…normal.

I began to worry that the world wasn’t real.

Around high school was when the really weird things started. I remember “seeing” my teacher doing acrobatics in the middle of math class. I was nervous and watched the teacher’s every movement, worried it would happen again. I became consumed in daydreams, which later turned out to be elaborate hallucinations. I began to worry that the world wasn’t real. That it was all in my head. That I was just dreaming.

When I heard those words, I went numb.

I knew that I was weird. But never realized it was to that extent that it might be a mental illness. One year ago, I finally received an answer to all my weirdness. Schizoaffective Disorder Bipolar Type. When I heard those words, I went numb. It explained so much yet revealed so little. Was this the reason for my behaviors? My feelings towards the world? I went from just seeing myself as weird to seeing myself as paranoid and scary.

Then I realized, it wasn’t the end of the world. Sure I’ll be on medication for the rest of my life. Sure I’ll forever be extra wary around people. But I still laugh. I like red velvet ice cream, and going to museums, I like metal bands, even though metal music may seem scary (it’s not). There’s nothing scary about those things.

There are days that are better than others. But, I have learned that just because my reality is a little warped, it doesn’t make me a bad person. I have schizoaffective disorder. But I am still me and that’s all that matters. And if you’re a little off, it’s okay. There’s still people who embrace weirdness, like me. 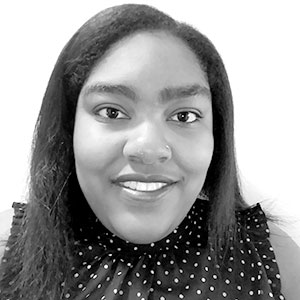 Breyanna WilsonGuest Blogger
Breyanna Wilson is 24 years old and slowly learning to spread her wings. She posts on becomingastorm.wordpress.com. She can be reached at breyannawilson@outlook.com.