Paranoia is an intense feeling of anxiety often involving thoughts related to persecution, threats, or conspiracy. It can have a crippling effect on a person’s life if not treated. And with Cnet reporting that technology is making privacy harder, more people are suffering with various levels of paranoia. In this post, we look at the symptoms of paranoia and how journal writing could help people manage the condition.

Paranoid people often have an irrational mistrust or suspicion that often leads to hypervigilance, an inability to relax, and a fear of being deceived. At the extreme end of the spectrum is paranoid schizophrenia, which often includes delusions and hallucinations, and often starts between the ages of 16 and 30. Symptoms are categorized as positive, which are easily observable, and negative, which can reduce a patients’ functioning. Patients have also reported having difficulties forgiving, are often very defensive—especially to imaginary criticism, and they usually have a fear of being taken advantage of.

Paranoia is a problem with judgment and thinking, which means activities focused on restoring and repairing those two issues are the key to managing the condition. For starters, patients need to be able to establish a good relationship with their doctors, and finding the right professionals can be tough. The good news is that the number of psychology professionals will grow in the near future. A post by Maryville University outlines that jobs related to psychology degrees will increase by up to 19% by 2024. This will mean that more people with paranoia will be able to get the treatment they need.

Treatment is usually carried out through medication and cognitive behavioral therapy, which can be challenging because symptoms lead patients to be reclusive and isolated. Patients also often don’t seek treatment because it can be quite costly, especially without insurance. Therefore those with mild symptoms can look to alternative ways to ease their paranoia.

Journaling is another great way to keep the mind occupied.

Refocusing the mind is important. This can include activities like meditating, yoga, eating healthy, sleeping regular hours, drinking calming teas, and enjoying trips to relaxing settings. Journaling is another great way to keep the mind occupied. Project Monkey Mind suggests that patients write down intrusive thoughts, and read them out loud to themselves to help identify justified suspicions and irrational thoughts. Patients need to be honest about their paranoia so they can help themselves. Journaling provides a safety net where they can vent without fear of judgment.

Writing things down has also been proven to help people sleep better, be less anxious, and be kinder.

Journaling can also allow patients to prioritize fears and concerns, not to mention provide an avenue for them to recognize their triggers. A post by Bustle also notes that journaling helps reduce intrusive thoughts, which in turn improves their memory and mood. Writing things down has also been proven to help people sleep better, be less anxious, and be kinder.

For those suffering from paranoia, the delusions can be very intrusive, confusing, and unsettling. Patients report feeling unsafe, and it doesn’t help that the general population aren’t particularly aware or understanding when it comes to the complexities of paranoia. But it’s possible to live with this debilitating disease even in the worst cases. Jazz guitarist Samuel Miltich has been living with paranoid schizophrenia since he was diagnosed when he was 22 years old. He could not distinguish why others weren’t experiencing what he was experiencing, and he felt extremely isolated and removed from the world. His love for music and his conscious effort to accept that constant medication and therapy are a part of his life and has helped him with his recovery. He spends a lot of time gardening, fishing, and hunting. While it is a hard condition to live with, it doesn’t have to ruin a person’s life, especially if they find successful ways, like journaling, to manage it. 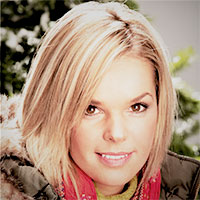 Alexie CrestSchizophrenic.NYC – Guest Blogger
Alexie Crest is a holistic health writer who recognizes the importance of mental health in achieving wellness. She hopes her research and articles help her readers have a better understanding of the mind-body-spirit connection. She also believes that methods outside of the traditional pharmaceutical route can be just as effective in many cases in managing health issues.