There’s a Difference Between Anger and Verbal Abuse

We’ve all been there: you say something you “didn’t mean” when you’re angry. It happens in the heat of the moment. It’s not quite that you “didn’t mean it” but rather, it came out more intense than you intended it to be. This is quite different from what is known as “verbal abuse.

Recognizing verbal abuse for what it is, a serious mental health problem, is essential

There are so many forms of verbal abuse. Sometimes the abuser disguises the abuse as jokes so the survivor doesn’t have the opportunity to counterattack. This is an extremely manipulative tactic and it works well.

The abuser targets every insecurity that person has in order to make them feel like they do not matter.

The difference between getting angry and verbally abusing someone is that anger is something that typically passes after some time. Verbal abuse is pervasive and goes on for a long period of time. It emotionally damages the survivor and makes the person feel low. They feel like they aren’t worth anything and they might even feel like they don’t have the will to live. The abuser targets every insecurity that person has in order to make them feel like they do not matter.

Even someone who doesn’t have low self-esteem can be abused. Verbally abusive partners are skilled at making others feel worthless because that’s how they feel inside.

Some people have trouble dealing with the emotions associated with anger.

We all get angry at times. And anger is a normal human emotion that we learn to cope with naturally. Some people have trouble dealing with the emotions associated with anger. While others embrace anger in a healthy way. Then there are people who have severe difficulties processing anger to the point where they experience bouts of rage.

It’s common with verbally abusive partners to see them display rage. They often bottle up their feelings until they explode and project their anger onto the other partner. It doesn’t make it fair or just, but unfortunately, the verbally abused partner gets the brunt of this rage.

Do you think you are the victim of verbal abuse? You are not alone. Tell someone, whether that’s a friend, family member or a therapist. You do not have to stay in a toxic relationship. You deserve more than that. 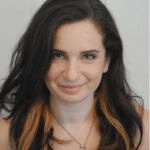