Using My Schizophrenia to Help Others

I too carry the heavy burden of schizophrenia.  It afflicted me about ten years ago, while I was in graduate school studying classical viola performance at a prominent conservatory.  I developed a crush on a fellow student, and my mind uncontrollably fixated on him at all times.  When he rejected me, I began stalking him, giving him a small gift and knocking on his door one morning.  His friends gave me an ultimatum: go away, or we’re calling authorities.  I never went near them again.

Schizophrenia has a strange way of creating many zany stories in one’s life.

Schizophrenia has a strange way of creating many zany stories in one’s life.  The above episode was the first of many.  A few years later, I took on a job at an alternative private school, where I taught classroom music to children.  Halfway through the year, I developed a crush on a male staff member, eventually becoming convinced that I was the reincarnation of Beethoven, and he was the reincarnation of my “Immortal Beloved,” that famed recipient of letters that the composer wrote to an anonymous love interest.  I eventually cracked from the pressure, bawling in the office of my supervisor.  Before taking me to the Emergency Room, she told me that I would be safe if I lived the rest of my days in a communal home for the developmentally disabled.
After this episode, I was not able to restart my life.  While I still managed to teach weekly private violin lessons to a few children, my mind was scattered, and I could not attempt to return to school or get a full-time job.  The mere idea of returning to normalcy exhausted me, so I applied for disability.  Once approved, the stress lifted, and I was able to live a slower life.  But even though I was compliant with my medications, they often stopped working, causing me to relapse and cycle in and out of hospitals.
At another point while experiencing relapse, I had a sudden experience where I became saved by Jesus Christ.  I joined a highly-conservative Independent Fundamental Baptist Church, abandoning my former friends completely.  Wearing skirts and regarding the bible as an inerrant document, my mission in life now was to convert everyone I knew.  While I made friends with many kind people at the church, it was an exhausting experience to hand out gospel tracts on the street and knock door to door.  After six months, I left the church and went to the hospital again.  Returning home, I resumed my previous life and returned to my friends.

I had disrupted the class with my confused delusions.

A year after this, I began taking fitness kickboxing classes at a local dojo.  I immediately developed a crush on the instructor, and again the obsessive Beethoven/Immortal Beloved thoughts returned.  Pressure built within me as I longed to tell him of our karmic bond, and I eventually approached him, kneeling on one knee to propose.  He was surprisingly charmed, yet later he told me to never return to the dojo.  I had disrupted the class with my confused delusions, not following instructions and making jerky movements, and this was unacceptable.

The world suffered because of me, and my death would end this.

A strange occurrence also commenced at this time.  I randomly sustained a blunt blow to my forehead, which caused me to develop a British accent.  Soon after proposing to the teacher, I ended up in the psychiatric hospital again, maintaining the British accent the entire time.  Upon discharge a month later, I then lost the accent and my mind became ill again, this time convinced that I was the Antichrist.  A war waged in my head, voices telling me I was an axis of pure evil, Satan himself, responsible of the suffering of every creature that has ever lived.  Although I knew that a torturous life in hell awaited me, I needed to die.  The world suffered because of me, and my death would end this.
It was four in the morning when I could not take any more, so I called 911 and ended up in the psychiatric hospital yet again.  I was put on Clozapine this time, the last-resort medication for those with treatment-resistant schizophrenia, yet I still failed to improve enough to leave.  Fright racked me as the doctors told me that I might be put in a state hospital for the long-term.  To save myself, I told the doctors to put me on another medication that previously worked for me: Effexor.  This drug helped me calm down, and I was able to leave after staying for over two months.

My life slowly improved from the medications.

My life slowly improved from the medications.  For the next year after discharge from the hospital, I attended a rehabilitative day program.  During this time, I learned about the career of the mental health peer specialist, and its concept immediately intrigued me. To briefly explain: a peer specialist is a mental health professional who has lived experience with mental illness, and discloses such publicly on the job.  The idea is that peers understand what it is like to suffer, and so can offer empathy in ways that a psychiatrist or social worker cannot.  Peers are found in hospitals, clinics, day programs and other entities that provide mental health services.
I attended a full-time training program for peers at a school called Howie the Harp Advocacy Center, which included classroom training for six months, followed by a three-month internship.  In this process, I learned that peers are not only employees, but fierce advocates.  Many peers are dedicated to creating awareness about mental illness, attending political events and meetings where peer efforts are mobilized for societal change, dedicated to fighting stigma.
After finishing Howie, my internship site hired me as a full-time peer at one of their housing divisions, where services are offered for people living in apartments in the community.  I have worked here for over two years now, and am able to fulfill all my responsibilities on an equal level as my non-peer coworkers.  This is the first time that I have ever been able to hold down a job!  For many years, I resigned myself to the “fact” that I would never work.  But this doomed prophecy was false.  I have a bright future after all.
My peer work compels me to do my part in the fight against stigma, so I started a mental health support/discussion group on Facebook, called “What is Wellness?  A Mental Health Discussion Group.”  The group now has over 1,900 members, filled with vibrant and dynamic people supporting one another.  I posit daily questions in the group, which serves to initiate discussion and the sharing of philosophical musings.  Many report that the group contributes to their wellness, surely contributing to mine as well.  Members experience online friendships that are possibly as vivid as those forged in real life.

I have seen myself become stronger and more capable of handling stress.

As I do my work as a peer, I have seen myself become stronger and more capable of handling stress.  This is why I truly relish my work as a peer.  Not only do I help others, but I am now connected to other professional peers, especially through my Facebook group.  We all “get it,” and we can support one another when we falter.  We also celebrate our triumphs and recovery from the illnesses that once crippled us.  Standing strong together, we now bravely question mainstream society without fear of being misunderstood.  We also embrace peer-designed modalities and tools, such as Intentional Peer Support (IPS) and the Wellness Recovery Action Plan (WRAP).
I am now slated to start a master’s degree program in Social Work this fall at a competitive program in Manhattan, while also continuing to work at my job full-time.  While I am incredibly nervous in taking this next step, my peer friends reassure me that I can do this.  At the same time, I must be careful about maintaining my own wellness.  The reality of my illness is that I must always be vigilant to catch signs of stress.  Unaddressed, these can lead to relapse.

Before meeting peers, I felt like an empty shell of a person.

The strongest lesson I have learned is that schizophrenia ravages one’s life.  My previous delusions and tactile hallucinations caused me to believe that I had no personality except for these invasive entities.  Before meeting peers, I felt like an empty shell of a person.  Delusions served to isolate me from the world, unable to relate to the happiness of others.  I could not create close friendships, chiefly because no one understood my world of schizophrenia, and to share such would make people uncomfortable and confused.
This is why I love being part of the peer community.  They truly understand me, and I feel a sense of belonging.  Never has my life been sweeter, and so I hope it will continue to improve over the course of time. 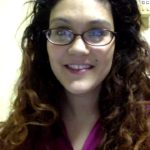 Neesa Sunar works as a mental health peer specialist at a housing agency in Queens, New York, where she publicly shares her lived experience with mental illness to help others.  She takes her work further by facilitating a Facebook group that embraces peer values, entitled “What is Wellness?  A Mental Health Discussion Group,” which has over 1,900 members.  She is a freelance writer of essays, and also is working on publication of a book of poems related to the mental illness experience.  Neesa is a classically trained violist and a singer-songwriter who has performed in many venues throughout New York City.  Follow her on Twitter at @neesasunar.