Schizophrenia is not a rare mental disorder. In fact, it affects roughly 1% of the world’s population and generally begins to show its first signs during adolescence and young adulthood. Substance use disorders are also common and affect roughly 8% of the world’s population. However, the number of overlap between these two populations is astoundingly high. Studies have shown that up to 50% of patients with schizophrenia exhibit either alcohol or illicit drug dependency, with more than 70% having a nicotine dependence. In comparison with the general population, the odds of having a substance use disorder are 4.6 times higher for someone suffering from schizophrenia.

What is the link between schizophrenia and substance use?

Schizophrenics are particularly susceptible to developing a substance use disorder because they may turn to illicit substances as a means of self medicating to treat symptoms of schizophrenia, which can include intense mood swings, paranoia, anxiety, and depression. Although substance abuse does not cause schizophrenia, people with a genetic predisposition could potentially trigger their schizophrenia through the use of psychoactive substances such as marijuana, amphetamines, hallucinogens and alcohol.

Addiction tends to thrive in an environment of secrecy, where it is hidden out of shame

What treatment is available?

If you suffer from schizophrenia, it’s important not to turn to illicit substances to regulate your emotions. Proper treatment for schizophrenia may require the use of antipsychotic medication to help stabilize and restore brain function to normal levels. On average, a person with schizophrenia who takes medication has a 60% chance of not being rehospitalized while that number drops to 20% for those who do not take medication.

When treated independently, schizophrenia and addiction both involve a combination of medicine, psychotherapy, and self help groups in order to ensure the best chances of living a normal, healthy life. However, addressing one disorder without addressing the other is less effective than tackling the problem as a cohesive total. Fortunately, there are dual diagnosis programs to help those with co-occurring disorders treat both schizophrenia and substance dependency simultaneously.

Antipsychotic medications are used to help treat some of the symptoms of schizophrenia associated with chemical imbalances in the brain.

In dual diagnosis treatment, antipsychotic medications are used to help treat some of the symptoms of schizophrenia associated with chemical imbalances in the brain. If the person’s addiction is severe enough, they may also undergo medical detoxification to help the body clear out any illicit substances and allow them to begin treatment in a sober mind state. Several drugs may be used for this such as methadone, suboxone, buprenorphine, and campral. From there, a professional clinician can ascertain the correct type of medication the person will need to treat the symptoms of schizophrenia.

During their treatment, dual diagnosis patients will also attend therapy that addresses the psychology and science behind their addiction and mental health disorder. Common forms of therapy include family therapy and cognitive behavioral therapy. These sessions are intended to help the patient identify environmental triggers, behaviors, and ways of thinking that contribute to their addiction and mental health.

Ultimately, neither addiction or schizophrenia can be cured, but through the use of medication assisted treatment and ongoing psychotherapy support, persons afflicted with these disorders can live happy and fulfilling lives. 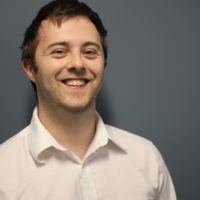 Matt BoyleSchizophrenic.NYC – Guest Blogger
Matthew Boyle is the Chief Operating Officer of Landmark Recovery, a drug and alcohol recovery center. He has been working in the healthcare space for 7 years with a new emphasis on recovery. Before his ventures into healthcare, Matthew graduated from Duke University in 2011 Summa Cum Laude with a Bachelor of Arts degree. After Duke Matthew went on to work for Boston Consulting Group before he realized where his true passion lied within Recovery. His vision is to save a million lives in 100 years with a unique approach to recovery that creates a supportive environment through trust, treatment, and intervention.